Cities of Dialogue: perspectives beyond the emergency

Cities of Dialogue: perspectives beyond the emergency

The Italian Network of the Cities of Dialogue meets again, this time online! 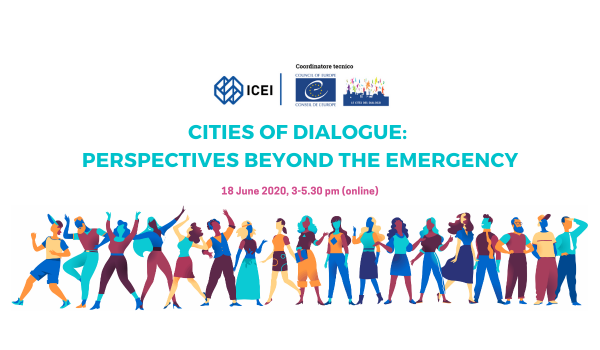 The online meeting of the Italian Network of Cities of Dialogue took place yesterday afternoon.
The first part of the meeting was dedicated to an analysis of intercultural policies that emerged during the Covid-19 emergency and was introduced by Lorenzo Kihlgren Grandi, professor of City Diplomacy at Sciences Po and the Polytechnic University of Paris and president of the think-tank Urban Flag.
Thanks to his intervention, some particularly effective initiatives at European level were reviewed. Those initiatives ensure that the cities could transform the crisis into opportunities to relaunch the theme of interculturality at local level.

After this introduction, a discussion began and the attending cities shared projects, initiatives and good practices activated to deal with the Covid-19 emergency. In fact, during this difficult phase, the promotion of more inclusive communities and societies remains central to the Network of the Cities of Dialogue.

Many examples told by the Cities underlined the fundamental contribution that all the various communities of citizens have made to activate immediate responses in the management of the crisis. And many of those answers can be considered as really good practices to be taken into account even now that the most serious part of the health crisis is turning into an announced economic crisis.

During the online meeting, the Cities discussed also the work plan envisaged by the network and the prospects which will be outlined in the months to come.

Finally, the latest session was dedicated to the internal communication among the Network to innovate, in a strategic sense, the Cities’ methods of disseminating information and contents, thus enhancing the intercultural commitment of each City of the Italian Network.

Thanks again to all and all the participants for enriching this space for discussion and reflection.

To see the recording of the meeting (in Italian)

The Cities of Dialogue are part of the Intercultural Cities Programme (ICC) of the Council of Europe which supports participating cities (136 worldwide) in the design and implementation of intercultural policies, with the firm belief that diversity is an advantage for more inclusive societies.
The Italian Network was born in 2010 and today it counts 28 cities. Since 2019 ICEI is the technical coordinator of the Network
Fabrizio Giollo2020-10-15T10:26:11+02:0019 June 2020|ICEI, News|