ECO-ILHAS: a plant nursery and an agroforest bank to increase the future availability of food

ECO-ILHAS: a plant nursery and an agroforest bank to increase the future availability of food

In the District of Pebane (Province of Zambesia), in Mozambique, ICEI has promoted the creation of a plant nursery and an agroforest seed bank, as support units for projects of Syntrophic Agriculture (SA).

Such units are part of the project Eco Ilhas for the development of sustainable agriculture and fishing, which ICEI has been carrying out since 2015 with founds from the Italian Ministry of International Affairs and International Cooperation. The activities of the project concern the protected area of the Ilhas Primeiras and Segundas, and involve six local communities. Its main objective is to ensure and increase the future availability of food resources while protecting the ecosystem.

The availability of agricultural resources for domestic consumption is jeopardised by the fact that, historically, investments in the area have concerned mostly monocultures of cash crops, while crop diversification has been totally disincentivized. This production structure causes dramatic soil impoverishment , which forces farmers to always open new fields, increasing deforestation.

In order to contain these dynamics, the project focuses on the introduction of Syntrophic Agriculture (SA) techniques. It is a form of Conservation Agriculture (AC) of intensive type and with a great production potential, which systematically reduces the spaces needed, inverts the process of soil degradation and contributes to production diversification.  AS is based on the installation of successional agroforestry systems (SAFs).

To ensure the availability of productive and native plants for the SAFs (both arboreal and agricultural), we have built a seed bank and a plant nursery near to our headquarters in Pebane, where many different species are collected, also in the consortium modality (i.e., different species have been implanted in each sack). 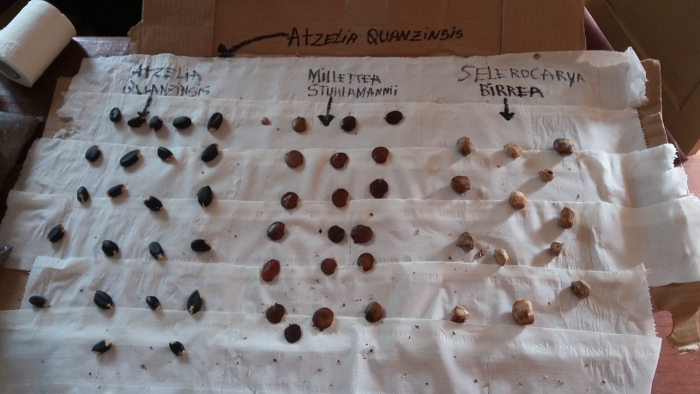 During the first three months after the creation of the plant nursery, we have produced more than 1000 arboreal plants, 550 of which have been transplanted in the first SAFs. The bank of agroforest seeds and medicinal plants included, in January 2017, more than 20,000 seeds of 46 different agroforest species. Furthermore, we have built a small laboratory for the germination of the seeds which are more difficult to treat. With the adopted systems, we were able to have more than 1300 seeds germinate. 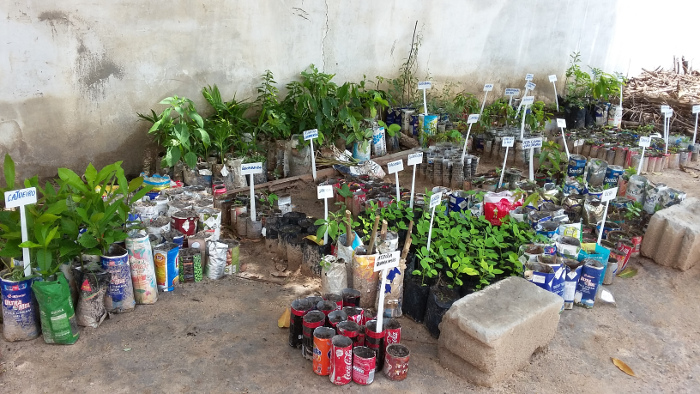 As declared by project manager Facundo Quarantini, “The first results have been very encouraging, showing an enormous potential for syntrophic SAFs. We are now seeing a rapid recovery of soil quality , and a great effectiveness against erosion and impoverishment phenomena.  The SAFs create a self-defence system against any imbalance threatening the ecosystem. Once this system becomes resilient, the ecosystem always tends to go back to the initial equilibrium.

These results show that the support unities are functional and efficient, and they can play a key role in the preservation of biodiversity in this coastal area.