Inle Lake: many Western tourists are abandoning the lake’s attractions. Which impacts on local people?

Inle Lake: many Western tourists are abandoning the lake’s attractions. Which impacts on local people?

Our PC and country representative, Mr Giuseppe Pogliari, has brought us to discover the daily lives of people living around the Inle lake, Myanmar, where we are working to promote responsible tourism projects.

“At 6:30 of a morning in March the streets of Nyaung Shwe are starting to get lively but remain quiet, especially in the outskirts . Some people have already been working for some time, perhaps many hours. A street stall is selling  Bee Motes. A couple is working in tandem: the man is preparing  big ravioli stuffed with mashed potatoes and green onions  and the woman is frying them in a big pot of boiling oil, heated by wooden fire. Some passers-by get near, start talking. Someone buys. 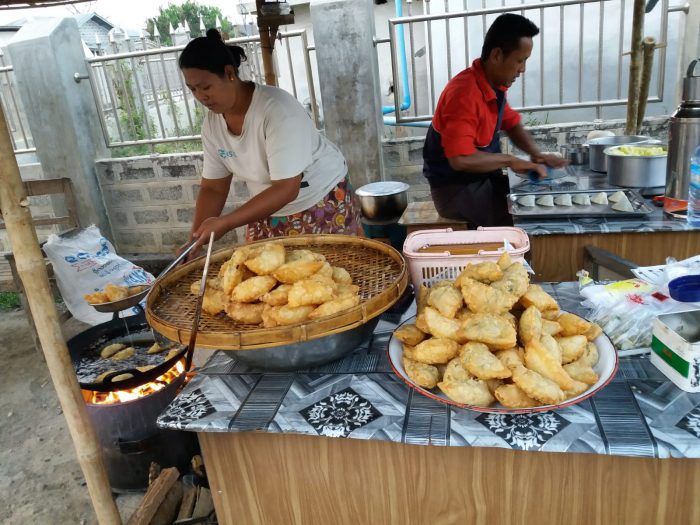 I go on with my quick walk that I have been having everyday for almost three months in the narrow Nyaung Shwe streets. I arrived to Myanmar in December and the weather was quite rainy  and cold. Then the sun started to prevail and the weather became more and more pleasant. In this spring morning the weather is changing, mornings are becoming less cool and I cannot see people crouched beside a small fire in the streets anymore. Well, yeah, because this magic Inle Lake is located almost 900 m high, heating systems as we know them simply do not exist, it is cold and I seem to understand  that some people, as soon as the sun rises,  get out to the streets to try to get warm as they can. Soon the sun will explode in the streets of Nyaung Shwe and over the lake, with 30 degrees and more, under a beautiful blue sky. 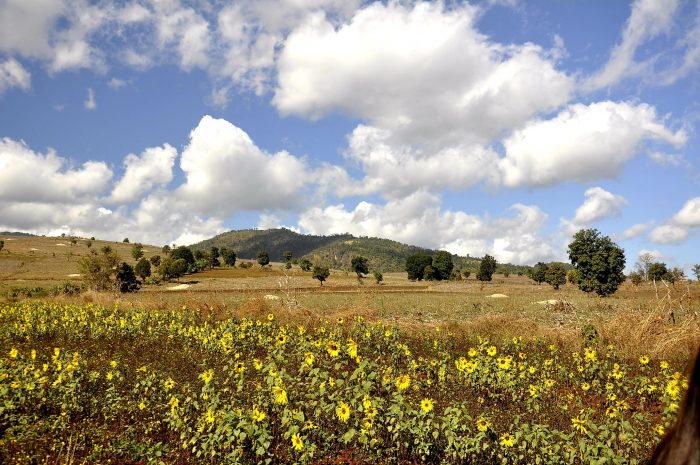 I’ts a matter of fact that the winter months –December, January and February – are the best period to visit  Inle Lake and Myanmar in general. It is what they call the peak season. Unfortunately, the high season was very slow showing a marked drop of visitors. Several tourism operators told me about a 30-40 per cent less Western tourists compared to the last year. And the last year, they pointed out, was already a very bad year. On the other hand, the number of Asian tourists increased, notably from China, but this is often another kind of tourism.

In my leisure time I often happened to meet  – actually, sometimes I just went out to find them – several tourists, including Italian ones, and I asked them to share their impressions  of Myanmar and discussed various issues concerning tourism in the country. One of the most interesting points emerged was that, Ok, the humanitarian crisis unfolded in 2017 in the Rakhine region drove out many Italian and Western tourists  from Myanmar: in fact, told me a group of young Italians, many people in Italy sometimes watch images of violence on TV  and therefore tend to avoid the country, considered as dangerous. Well, while some parts of the country are actually affected by violence, Myanmar in general is a safe place and most part of the country is full with tourists and travelers who can freely circulate, visit pagodas, beaches and natural attractions, come in contact with a fascinating and multifaceted culture, meet smiling and welcoming people. In short, they visit a beautiful country and meet interesting people.

Unfortunately, the number of these visitors is now dropping. And the consequences of tourism crisis are severe and often devastating for many local people who live on tourism. A few days ago I was talking to Tauk Tauk, a young co-owner of Chillax, a restaurant in Nyaung Shwe; we are working together to promote good practices of responsible tourism:

“We are in the peak season and have few customers, few tourists. Imagine the situation within one month, when even these few tourists are back home! I am thinking about closing the restaurant, at least for some months. Other people will surely do it”.

Many families of Nyaung Shwe, on the Inle Lake, have been left without any income  or with severely reduced incomes.  We all can imagine what does it mean remaining without money to feed one’s family, ensuring medical care for one’s children,  send them to school. Tauk Tauk is a very active youth who, besides his work, is committed to  promoting respect for the environment. He is paying out of his own pocket to print posters and brochures inviting to protect nature, respect the environment, reduce the consumption of plastics and make this wonderful lake a plastic-free place!
Unfortunately Tauk Tauk is not the only one hit by the crisis. Thu Thu is a lady who manages the Thu Thu Guest House where I lived during the first month of my stay here in Nyaung Shwe. Thu Thu’s family is very sympathetic  and welcoming. Together with her husband Kyaw Kyaw and some of her nieces she established a small guesthouse with 6 small rooms and a little travel agency in the main street. Time ago she had built another building with a half dozen rooms but at present, she told me, she has no money to complete the works. She has to wait for better times. Everybody, here, is waiting for better times. Everybody is hoping that next year will be different because the last two years have been very sad.

An especially gloomy situation is the one concerning boat drivers, who bring tourists around on the lake. A local guide told me that they often receive a lousy reward  for a workday  on the boat: 2000 kyats (nearly 1 euros). It seems that sometimes they receive no reward at all. They just rely on the good will of tourists to receive decent tips that grant them enough to feed their families and a minimum dignity. Boat drivers are everywhere, in the town and outside. You can often meet them in the streets of Nyaung Shwe because they come straight toward you  and directly ask you  if you want to rent a boat.

One can easily see many hotels and guesthouses established in the boom years  and now empty, restaurants closed, empty or with few customers  (though with some exceptions for those who work well). In an already fragile tourist industry and now disrupted by the crisis, many youths were left unemployed , others will lose their jobs in the next months. Everybody is hoping to find it back with the new peak season, starting from November-December.

Just to face this situation and this atmosphere so depressing for tourism operators, ICEI is striving on the one hand to support the communities South of Inle lake, in order to create tourist products granting extra incomes, and, on the other hand, is working with groups of local tourism operators to promote good practices of responsible  tourism. In addition, we are supporting the project of local authorities –Nyaung Township – to renovate the night market, moving to a more sustainable model”.

Discover more about our activities in Mynamar:
EPIC – Economic  Promotion of Inle Communities through cultural and natural heritage valorization