With the end of the school the anti-rumors paths  promoted by ICEI within the #IORISPETTO project (AID011363), financed by AICS – Italian Agency for Development Cooperation, have come to an end.

What have we done?
We involved 15 primary or middle school classes (8-13 years) in the 4 target cities: Milan, Turin, Palermo and Albano Laziale.
Each of the classes has chosen a creative methodology to convey the anti-rumors approach.

Anti-rumors: what is it?
The anti-rumors strategy has been developed within the program of the Intercultural Cities of the Council of Europe and aims to counter the spread of stereotypes and prejudices starting from the rumors: those false myths that are at the base of the pyramid of hate but that can be very dangerous because they are repeated continuously and can have very negative effects, if cleared through customs and normalized. 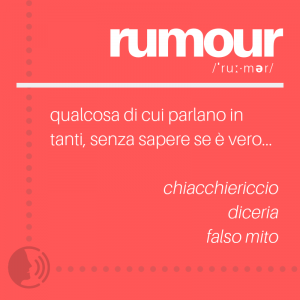 The anti-rumours strategy    places a strong focus on the communication aspect and on the dynamics that each of us can contribute to triggering to prevent the spread of hate speech or a communication influenced by prejudice.

Want to learn more about the anti-rumors strategy?

How do you anti-rumors?
To  promote the anti-rumors strategy at school, we proposed some activities to the classes and teachers to reflect together on the words that hurt us and on the actions that instead promote respect.
Thanks to the collaboration with the trainers and the availability of the teachers, we did it in a creative and fun way!
For example, we have proposed video-making activities, creative writing, street art, theater, comics, cooperative games and even social circus to the classes!
The response of the classes has  been very positive and the reflection on these topics in an experiential and non-frontal manner also allowed us to create a relaxed atmosphere in which each participant found their own way to contribute to the realization of a final product. The product created by each class was also shared on the occasion of the final events of each course. 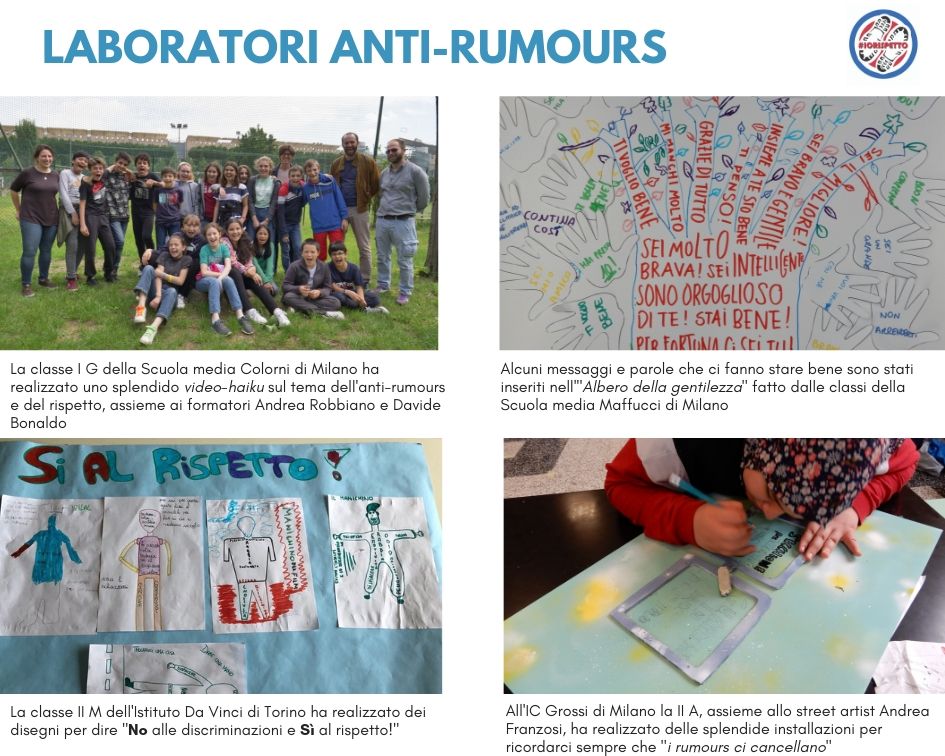 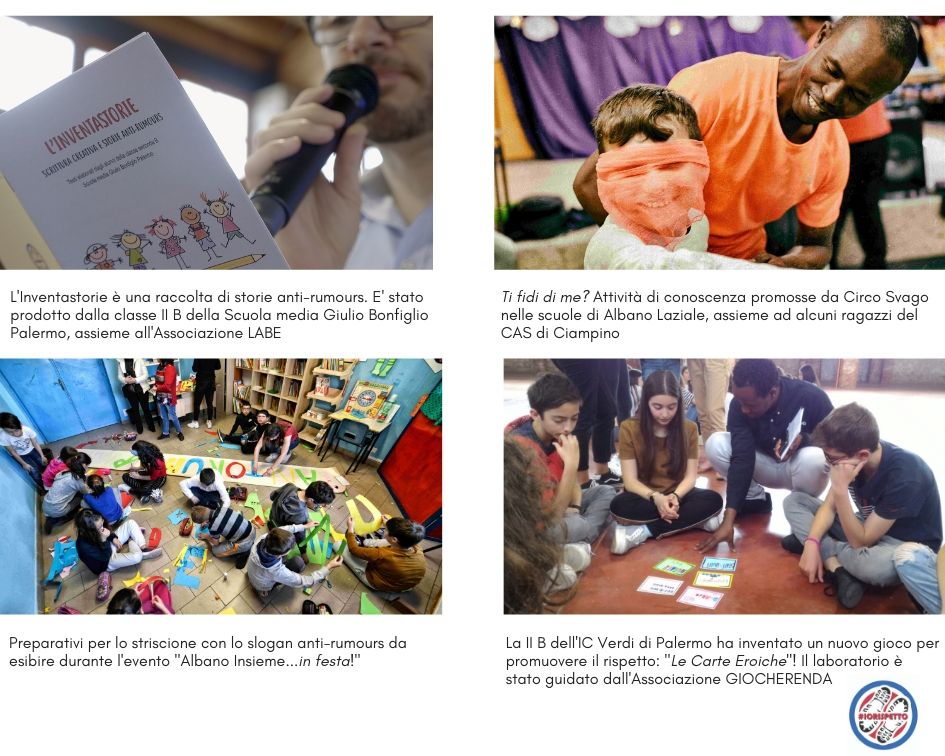 rumors events
In each of the four cities we have organized numerous final events at the conclusion of the anti-rumors courses carried out at school. In some cases the classes have told of their experience during the events scheduled for the end-of-year celebrations, in the presence of parents and other classmates and classmates, proposing a moment of restitution and discussion on these issues. It was a moment of sharing that allowed the involved classes to be promoters of a positive message to tell in a creative and amusing way because it is important to prevent discriminatory acts and to promote respect for diversity.
In other cases, on the other hand, it was possible to organize a real city event, during which the classes of the different schools were able to confront and tell more about their experience, even in the presence of local authorities, as in the case of Palermo or Albano Laziale.
In Palermo, on 6 June 2019, an open meeting was held which also involved the Municipality. In Albano Laziale, on the other hand, the return of the activities was included in the large and participated city event “Albano Insieme … in festa!”, On 9 June 2019.

And now?
The path to school has ended, but our commitment does not end here! We will shortly publish a manual to share the tools and activities that have been used for school activities. Moreover, in the coming months there will be other opportunities for discussion on this issue, to continue spreading the anti-discrimination virus!

Special thanks to alla the trainers involved in the activities in each city!