Synthropic Agriculture (SA) is a new concept in agriculture field. It works in complete synchronicity with nature and its resources and is based on species’ ecological successession, applying this principle to intensive agro-forest systems of succession, with have a great productive potential both in a quantitative way (up to 70 tons/hectare/year) and in variety. Syntrophic agriculture drastically reduces unused spaces, inverting the soils hydric degradation process and it highly optimises and diversifies productivity, in terms of time and space.

Syntrophic Agriculture was tested for the first time in Brazil, 40 years ago, by Ernst Götsch, a Swiss researcher (http://agendagotsch.com/en/). In Brazil it is still studied and promoted by Universities and Federal Research Institutes. Its management techniques avoid agro-chemical products and also organic pesticides. If correctly realized, after 2 or 3 years from the overall agroforest installation, external fertilizer and irrigation systems application is not required anymore. Therefore, this method combines social, economic and ecological aspects.

The Synthropic methodology is based on the replication and adaptation of forests’ operating principles and development, by respecting vegetative succession of all plants (pioneer, secondary, short-cycle or long-cycle, primary or perennial). The above mentioned methodology considers various traditional species’ application (both agricultural and woody) to whom non conventional species are placed side by side. Beside that, its intensive exploitation (up to five vertical layers) combines in the same space many different species with various growth cycles and whose horizontal development optimise solar light’s capture. This technology aims to create and regenerate resilient and productive ecosystems and their ecosystemic services, where conventional agricultural practices had caused degradation.

In Brazil, SA methodology is revolutioning agricultural and sustainability’s patterns because it doesn’t drain soils – as conventional technolgies do – and it also improve soils’ renovation, by reducing water and land use up to 75%. Since it doesn’t subtract biomass from one area to another, SA methodology can regenerate “dead” soils, because biomass is endogenous, (it’s provided from the forest component of the general system) after 2 or 3 years.

This model has been tested successfully by ICEI in Mozabique through AgroForestry Syntrophic Systems (AFSSs) based on Syntrophic Agriculture productive methodologhy.

The FAO has recently emphasized agroforestry’s studies (http://www.fao.org/forestry/agroforestry/en/), highlighting its potential in terms of environmental sustainability, profitability and nutrition.
Syntrophic Agriculture is an evolution of agroforestry and it is also considered and recognised by “Climate Smart Agriculture-CSA” (http://www.fao.org/climate-smart-agriculture/en/, since it promotes producers’ resilience and adaptation to climite change effects.

Beside that, ICEI is testing a productive systems which combines AgroForestry Synthrophic Systems with artificial lakes digs (feasible to the fishing production) surrounded by areas cultivated through an agroforest system capable to produce vegetables and fruits throughout the entire year, not only during the rainy seasons. This is possible thanks to digs’ water reuse that is a powerful fertilizer thanks to fishes excreta.
Moreover, this combined agroforest production is used to feed fishes. Moreover, trees shadows create a natural protection for fishing fauna so none species suffer with high temperatures (since these factors influence badly fishes’ growth speed).
Finally, the above mentioned agroforest system prevent erosive phenomena and improve soil fertility too.

Example of AFSS in Brazil: 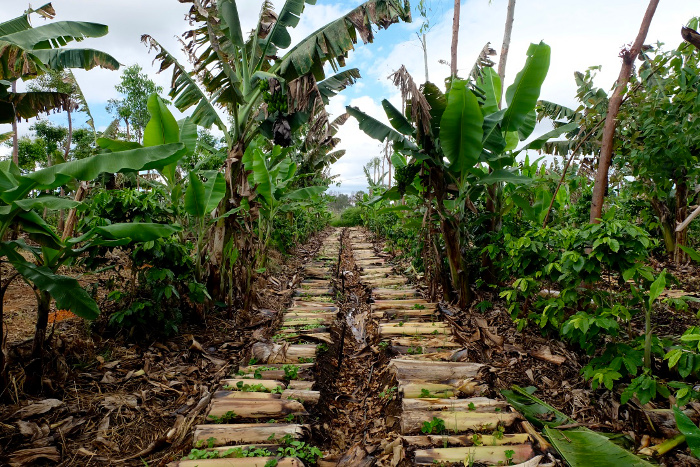 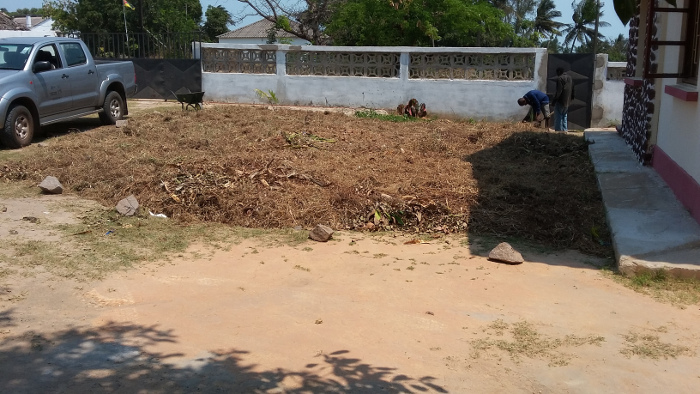 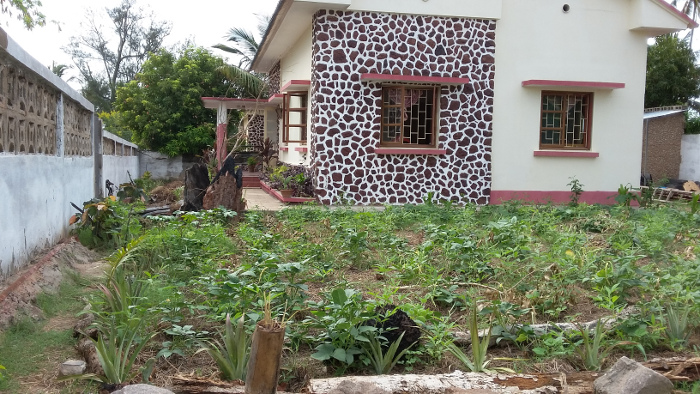 Syntrophic AFSS to recover a highly under desertification environment in Zambezia:

Read more about our projects and activities:

S.A.C.R.A. – Agricultural Development for Resilient and Self-Reliant Communities in Zambezia