Hate speech crimes cover “all forms of expression which spread, incite, promote or justify racial hatred, xenophobia, anti-Semitism or other forms of hatred based on intolerance” (Council of Europe 2016).  The internet accounts for the highest share of racist behaviors (84%), compared to the press (10,7%), the TV (4,6%) and the radio (0,8%) and data are constantly on the rise (ISTAT 2011).  As for school settings, a report drafted by REDU (September 2016) for Amnesty International on discrimination and bullying in high schools has identified a set of reasons for discrimination including: physical look, nationality, social and cultural backgrounds, sex orientation, disability and religion. Actions aimed to raise awareness and develop empathy, notably through approaches such as peer education, to prevent the establishment of hostile behaviours among children and adolescents are then recognised as fundamental.

The general objective of the project is to promote civic awareness and active responsibilization among young generations in the perspective of realizing a more inclusive society.
Specific objectives:

ICEI will be in charge of testing the Anti-Rumours strategy in several schools of the 4 concerned cities (www.coe.int/en/web/interculturalcities/anti-rumours): this strategy, developed in Barcelona in 2010 as a “city” strategy and promoted in the European Union by the Council of Europe, is aimed to trigger a change in perceptions, attitudes and behaviours among the population at large, in particular by contrasting rumours, fake myths, prejudice and stereotypes we all are carriers of and which are the basis of intolerance and discrimination..

Students and teachers of the last 2 years of primary schools and the whole course of junior secondary schools in 80 Italian cities.
In addition, training on new educational methods will be provided to: cultural mediators, activists, officers and technicians of partner municipalities, members of civil society organisations. 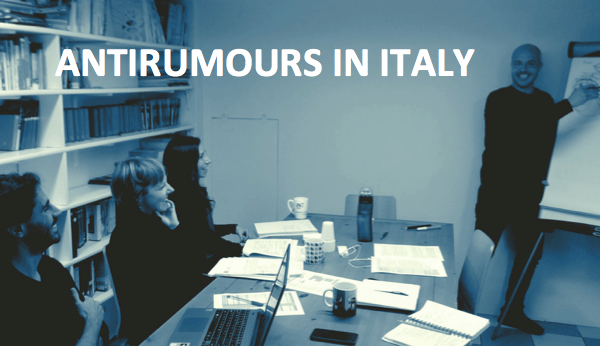 In order to achieve the objectives, the following main activities will be implemented: